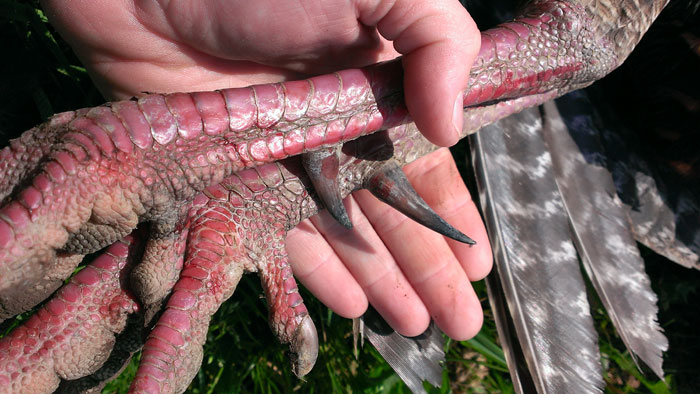 Old Double Beard and the Fisher

Brian R. Kightlinger is a talented outdoor writer, hunter, outdoor enthusiast, and family man.  I have gotten to know Brian through the Athens Archery Factory Team.  He is an advocate for the outdoors and understands what it takes to harvest an animal.  Brian also contributes to Bowhunting.net.

Eventhough Brian and I are geographically 100’s of miles from each other, he is a standup guy.

Getting to know Brian, I wanted to post his story of the Old Bouble Beard and the Fisher story which entails his pursuit of the double bearded turkey.

While scouting one March morning, in 2016, I saw a gobbler with a double beard. The first time I saw him he was in full strut, 30 yards behind my house. This was the first double bearded bird I had ever seen. As March continued I saw him a few more time in different locations where I hunt. Both of my kids wanted to see if they could kill the “Old Double Beard” during the Mentor Hunt. I felt pretty good about being able to get one of them on him. All we had to do was wait until the 3rd Saturday of April. I continued to scout this bird and figured out where he liked to roost each night. He was the Big Guy in the flock and all the other Toms knew it.

The third Saturday in April was a week away and the weather was looking poor. The forecast had heavy wind and rain with low temperatures. The evening before the hunt I asked my kids who wanted to go out in the wind and heavy rain. Even with the use of a blind, they both decided to pass and wait for the regular season to start. I wasn’t going to argue with them so we let the day pass.

Read the rest of this epic story at: https://www.bowhunting.net/2018/04/old-double-beard-and-the-fisher/